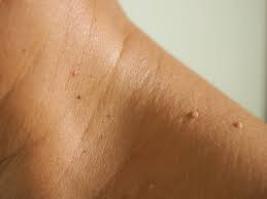 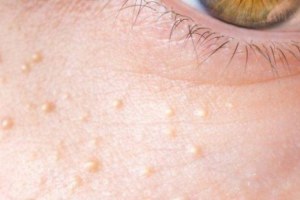 remove fibrous and vascular skin blemishes such as red veins,

and many other marks or lumps and bumps on the skin.

Advanced Cosmetic Procedures are very often overlooked as the

name doesn’t really convey the nature of the treatment.

Many people, including doctors, do not realize the range of blemishes

that can be removed by the electrologist. Most believe that only a dermatologist can remove them. Many individuals are alarmed when they see an unusual growth and find it far less frightening to ask their electrologist for advice first.

The demand for these procedures is very high as the medical profession is not only too busy but also very reluctant to do anything about benign lesions. They are seen purely as a cosmetic problem regardless of the psychological effect on the person having the unsightly marks, lumps and bumps on their skin.

Here is a more detailed description of some of the blemishes that can be easily and safely removed with Advanced Cosmetic Procedures:

SKIN TAGS: Also known as Filiform warts or Fibro-Epithelial Polyps, are pedunculated (on a stalk). These are frequently found in areas of friction especially on the neck, underarms and below the breast.

MILIA: These are sometimes known as whiteheads and are pearly white rounded lumps on cheeks and around eyes and eyelids.PLANE WARTS: i.e.flat warts. Commonly found on neck, décolleté, backs of hands and around the knees.

VIRAL WARTS: Verruca Vulgaris commonly found around the nails and on the hands are caused by the HPV virus. The Plantar wart found on the feet known as a verruca is the same as a wart on the hand but growing inwards due to the pressure of the weight of the body on the feet.

SEBORRHOEIC KERATOSIS; Basal Cell Papillomas sometimes called warts. These occur with age and most people over the age of 50 have at least one. Commonly found on the face, torso, and arms. They vary tremendously in size and colour. 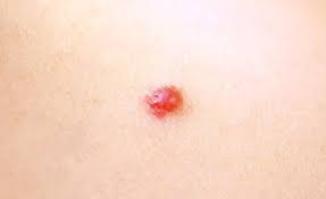